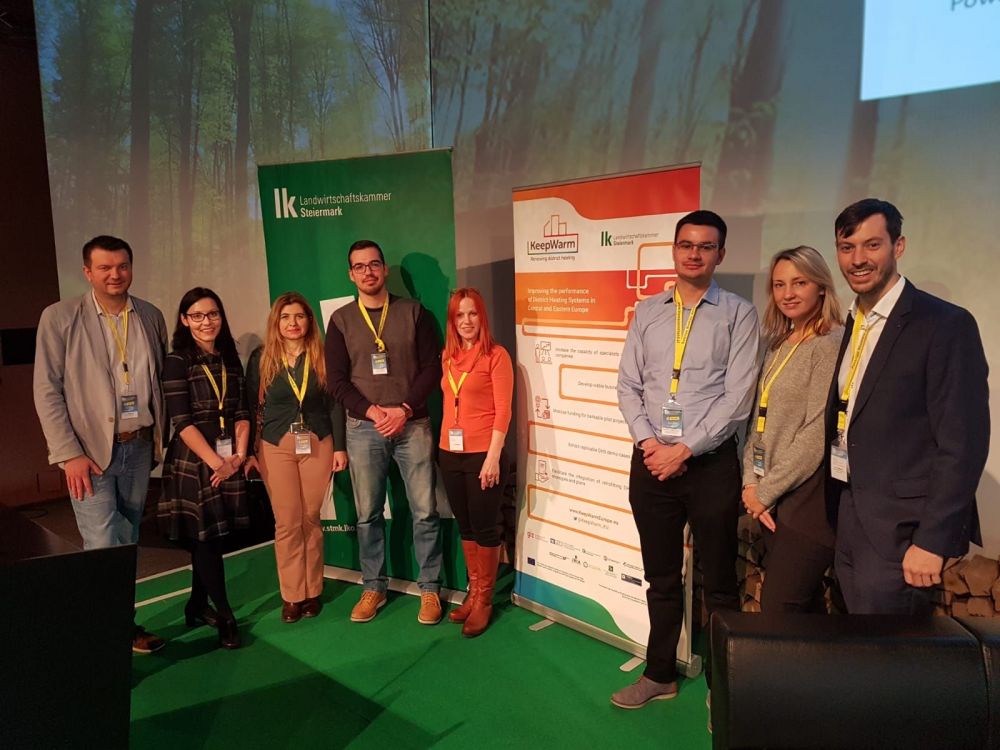 On 23 January 2020, the first of the KeepWarm “Inspire Event” series took place in Graz, Austria, organised and hosted by project partner Landwirtschaftskammer Steiermark. It marked the starting point for six more inspire events to come in March, April and May in the remaining project countries.

The event was included in the framework of the 6th Central European Biomass Conference CEBC 2020 that took place in Graz from 22 to 24 January. It was attended by around 60 people, including representatives of KeepWarm’s two Latvian pilot district heating systems, DHS “Jekabpils Siltums” and DHS “Auces komunālie pakalpojumi” - that are “twinned” with the Austrian pilot district heating systems DHS Eibiswald and DHS Ligist - for an exchange of experience, as well as several KeepWarm partners from Croatia, Germany, Latvia and Serbia. Participants engaged in lively discussions with district heating experts, participants of the biomass conference and members of the KeepWarm consortium about the optimisation of DHS.

The event started with an introduction by Klaus Engelmann from LWK Steiermark. He drew the link between the biomass conference and the contribution of KeepWarm to the Central and Eastern European heating market. This was followed by several short talks on sustainable heating, boiler efficiency, air pollution caused by heating and heating plants. Researchers, engineers and physicists presented their fields of interest and current controversies, and thus enabled sound and lively discussions. The event convinced through its interactive and varied programme that was interesting both for experts and newcomers in the European heating community. Participants were able to take along many valuable practical tips, real answers from experts in district heating and useful contacts and possibilities to connect and exchange.

The next in the series of KeepWarm “Inspire Events” will take place in Slovenia on 22-24 March 2020 and will be organised by project partners JSI and KSSENA in the framework of the 23rd International Conference of the Slovenian Energy Association (SZE), entitled “Energy Supply and Use in Smart Buildings and Homes”. The conference will deal with energy topics for the future of buildings and homes in urban environments, supported by digitalisation and the role of humans in such an environment, with a parallel session on 23 March dedicated to KeepWarm project topics. Project partners, pilot utilities and other stakeholders will present the results of their work and best practice in the improvement of the performance of district heating systems.

Watch this space for more information!