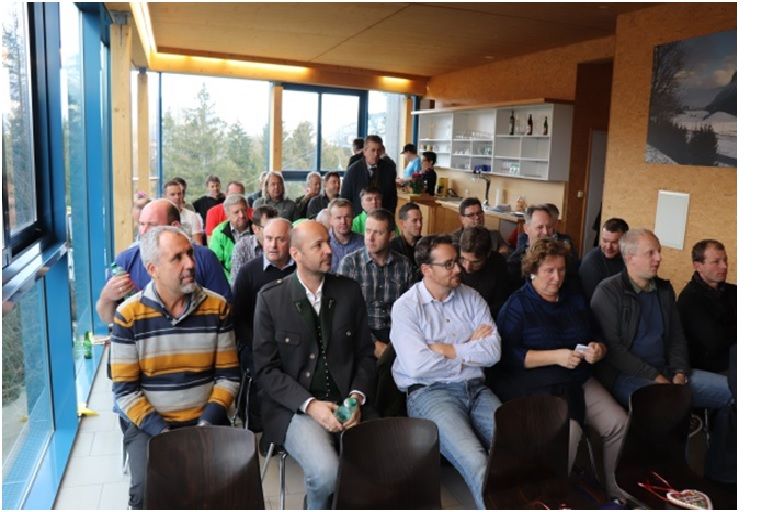 The first capacity-building workshops for Austrian district heating system (DHS) operators was organised by KeepWarm's project partner Landwirtschaftskammer Steiermark on 13 November 2018 in Bad Mitterndorf. The training was attended by 35 participants, whose capacities were developed on technical and organisational issues as well as the utilisation of renewable energy sources (RES). It consisted of a mixture of presentations and a field trip to a newly optimised DHS, what was particularly appreciated by the participants.

The trainings in the countries KeepWarm is mainly active in (Austria, Croatia, Czech Republic, Latvia, Serbia, Slovenia and Ukraine) are being organised after an initial needs assessment carried out with national DHS operators and other stakeholders. The capacity-building workshop in Austria started at the biomass DHS Bad Mitterndorf, which was optimised and partly rebuild during the year 2018. It is now one of the most modern biomass DHS is the whole region of Styria. The managing director made an introduction about the system. He related the first hard years of operation, where efficiency was low and the general approval by residents around the DHS was low. After a lot of optimisation work and image campaigns the system now works fine. A lot of new buildings are now customers and general efficiency increased dramatically. Furthermore he presented their biomass ash processing system, which is unique in Styria.

After the field trip several lectures were held at a nearby location. The themes included the general situation of bio-energy, biomass and subsidies in Austria; the use of biomass, general framework conditions and emission limits; optimising boilers and benchmarking; how to handle biomass ash; as well as how to optimise the temperature of the return flow of pipes.