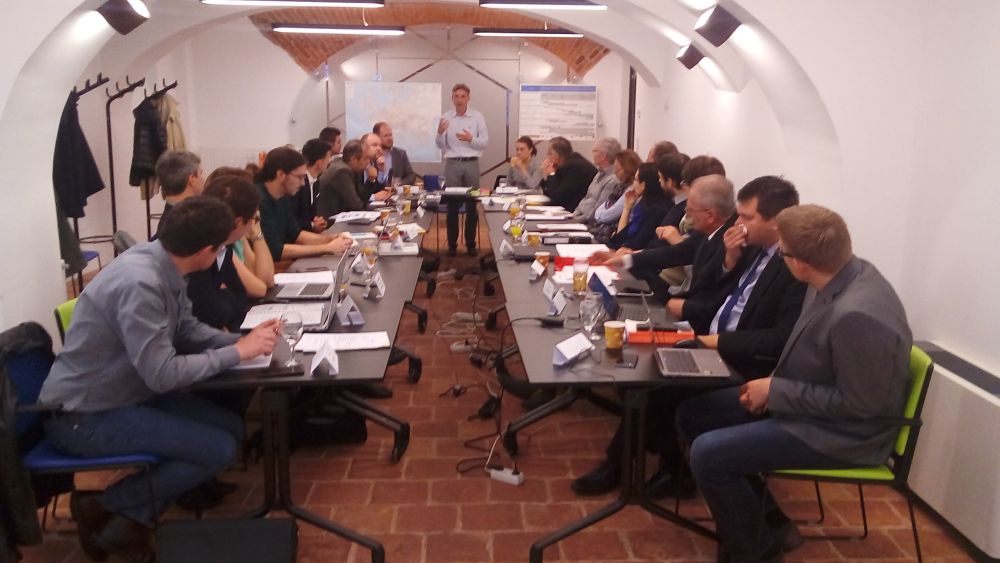 In many countries in Central and Eastern Europe District Heating Systems (DHS) are often inefficient and for the most part still overly reliant on fossil fuels (oil, gas or coal). The EU Horizon 2020 project KeepWarm aims at modernising DHS around this region and reduce greenhouse gas emissions by improving system operations and promoting a switch to less-polluting sources, like renewables.

The poject was kicked off during a meeting of the eleven project partners, who come from a variety of relevant sectors (energy agencies, national DHS associations, agricultural chambers, research institutes, consultancies on energy efficiency and NGOs) in Austria, Croatia, Czech Republic, Latvia, Serbia, Slovenia and Ukraine.

Under the lead of the project coordinator Deutsche Gesellschaft für internationale Zusammenarbeit (GIZ), the consortium partners discussed how the the project's aim of accelerating cost-effective investments in the modernisation of District Heating Systems (DHS) within the region could be reached while using each of their respective competences best.

The next in-person meeting of project partners will take place in October in Austria.