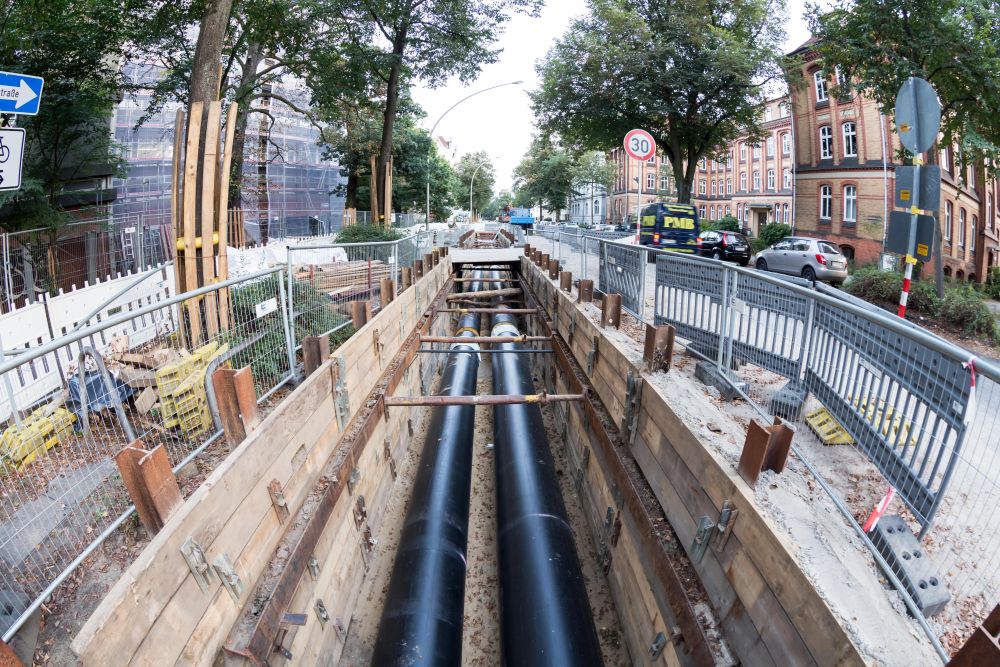 ČEZ has started building a heat pipeline from Temelín to Budějovice, to cover a third of the city's consumption

ČEZ began building a 26-kilometer-long hot water pipeline between the Temelín nuclear power plant and České Budějovice. The costs are 1.445 billion Czech crowns (approximately 54 Million Euros). Temelín heat should cover 30% of the heat production for České Budějovice, the rest will be provided by the municipal district heating plant from its own resources.

Temelín will supply 750 terajoules of heat to the city annually, mainly for the Vltava, Šumava, Máj and Pražské předměstí housing estates. The city will connect two 26-kilometer-long pipes with an outer diameter of 80 centimeters to the power plant. Both will be at least 1.3 meters underground. They will lead for the most part along the road between Týn nad Vltavou and České Budějovice. Although the pipeline will be long, experts predict minimal heat loss, up to three percent. In two cases, the pipeline will be on suspension cable-stayed bridges, said Michal Hrubý, CEO of Tenza, which is building the heat pipeline.

The contract is concluded for 20 years supply. Thanks to the heat of Temelín, Teplárna České Budějovice will not have to burn up to 80,000 tons of coal per year and will not emit the same amount of carbon dioxide. "We assume that the contract may be much longer, until the end of the power plant's life," said Bohdan Zronek, director of the nuclear energy division and member of the ČEZ board of directors.

The Chairman of the Board of Directors of Teplárna České Budějovice, Václav Král, said that the heating plant would thus reduce the consumption of fossil fuels. "The contract on heat supply with ČEZ will bring the city, its inhabitants and companies, those who take heat from the heating plant, a long-term stabilisation of prices. We will reduce our dependence on the prices of emission allowances, coal prices. The price of heat that will be supplied from the Temelín nuclear power plant is designed to be comparable to the price of heat that we produce in the heating plant. For everyone around, even tourists, this will mean a significant improvement in the air, because significantly less coal will be burned, "said Mayor Jiří Svoboda.