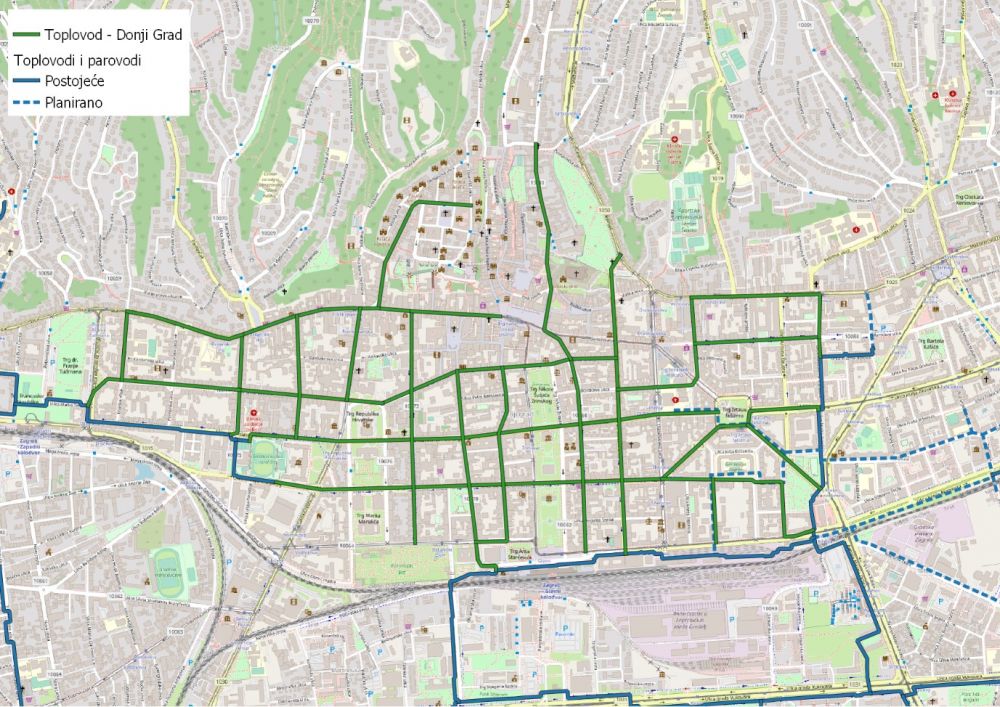 The earthquake on 22nd March 2020 caused extensive damage to the City Centre of Zagreb, largely due to the destruction of chimneys, which then pulled parts of the roofs and facades. In addition to the damage being disproportionate to the magnitude of the earthquake, a substantial part of the area called the Lower Town became uninhabitable because the gas had to be switched off, meaning that heating was disabled.

How to respond to this challenge? Should we be investing in returning to the conditions before the earthquake or can we think of a new and better solution?

Phasing out gas for a decarbonised European Union

Natural gas is a fossil fuel that emits greenhouse gases (GHG) during production, transportation and use. The EU plans to reduce GHG emissions by 50 to 55% by 2030 and achieve climate neutrality by 2050. According to a 1.5°C compatible trajectory, natural gas will generally have to be pulled out of heating by 2040. This means that we consider natural gas to be an exclusively transitional fuel without giving it priority in the EU’s energy future for heating purposes. As the lifetime of gas equipment is around 20 years, and their decommissioning should be no later than 2040, it is time to invest very judiciously and limitedly into it.

In its strategy for heating and cooling, the EU has recognised that district heating systems (DHS) are the optimal technical solution for densely populated urban areas, as they can be easily decarbonised using waste heat, geothermal and solar energy. This is why the KeepWarm project is working to improve the performance of district heating systems in Central and Eastern Europe, while reducing GHG emissions by improving system operations and promoting a switch to less-polluting sources, like renewables.

In the opinion of KeepWarm project partners UNIZAG FSB and REGEA, the Government of the Republic of Croatia and the City of Zagreb need to define, as soon as possible, a common concept of reconstruction of the area damaged by the earthquake. This would be an unprecedented national project, but also an opportunity for progress for the next generations. Zagreb also lies in large geothermal energy sites – this is a resource that can fully provide heat for the future. Therefore, as a part of the reconstruction project, a solution for sustainable heating of Upper and Lower Town is proposed, including the prospect of switching to district heating as soon as possible and by 2040 at the latest.

KeepWarm project partners UNIZAG FSB and REGEA are proposing solutions to the issue of chimneys as well as decarbonisation, including an opportunity for a valuable investment cycle. Their proposal brings a high-quality heating system in the city centre of Zagreb, which is based on domestic energy sources and reduces dependence on energy imports.

For the details of their proposal you can read the original article here.