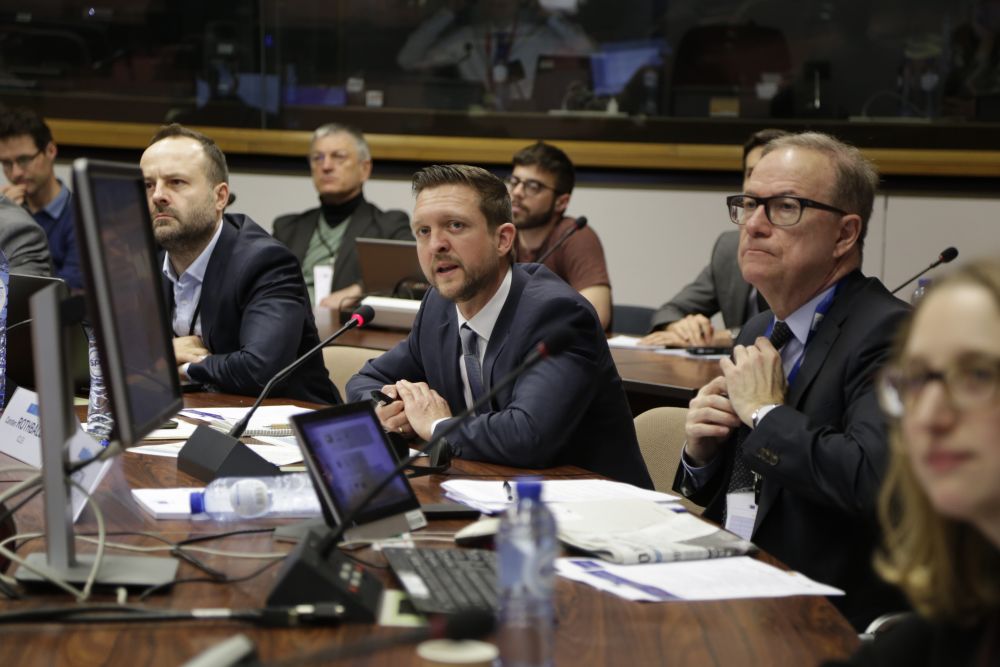 Carsten Rothballer, from project partner ICLEI Europe, attended the 4th Working Group meeting of the Platform for Coal Regions in Transition, which took place in Brussels on 8-9 April 2019. In his intervention, entitled "Sustainable heating - Impulses for Improving District Heating Systems", he presented the KeepWarm project and its approach to modernising district heating systems, as well as other projects ICLEI Europe is a partner of (such as THERMOS and Heat Roadmap Europe).

"The energy transition will bring huge benefits", he said, "But we must not ignore regions dependent on coal. Supporting these regions to shift to sustainable forms of energy production is necessary to ensure a prosperous future for all."

For his and the other presentations made on 9 April, please have a look at the website of the European Commission.

For a video statement by Carsten Rothballer recorded during the event:

For pictures from the session, you can see this album on Flickr.