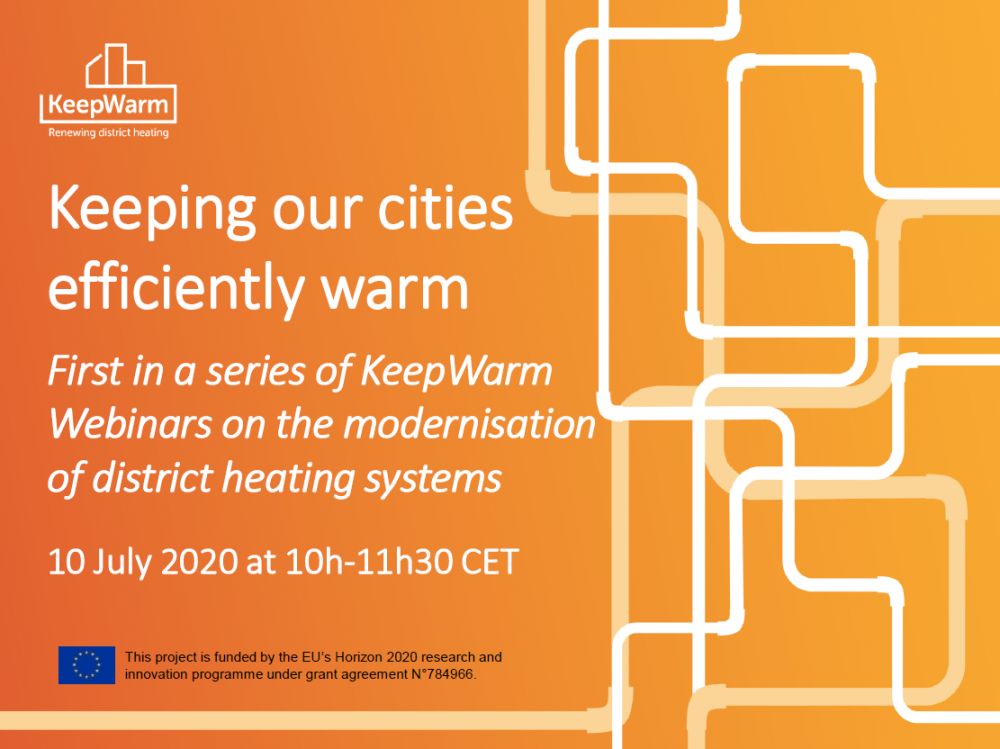 The KeepWarm project aims to accelerate cost-effective investment in the modernisation of district heating systems (DHS), particularly in Central and Eastern Europe, where DHS are often old, inefficient and remain overly reliant on fossil fuels.

By and large, energy efficiency retrofits (e.g. boiler-house upgrades, reductions in heat loss in the grid, etc.) represent the necessary first steps that many DHS must address before they can realistically transition to renewable energy sources and/or use of excess heat. It is crucial that political and financial frameworks more strongly support forward-thinking DHS.

In this context, the KeepWarm project is offering a webinar series on the modernisation of district heating systems.

The first webinar in the series will look into relevant examples from three of KeepWarm’s target countries, namely: Austria, Czech Republic and Ukraine. The common thread in all three cases will be about DHS-efficiency retrofits, with differing local contexts offering variety in perspectives:

In addition to overviewing these three national cases, KeepWarm will also use the webinar to launch its newest public materials. This includes the “DHS Showroom”, which highlights the work being done by all 23 DHS participating in the project, and is meant to inspire further replication and investments.